A cross stands in Arikere's Gomala which is a Government Property

13 June 2020, Bengaluru: The common lands are resources accessible to the whole community of a village with no exclusive property rights to any individuals. Gomala can be translated as village pastures for cattle, livestock to graze. At Arikere of Chikkaballapura district in Karnataka, there is Gomala land of 173 acres which belongs to the government.

One acre of the Government hold of 173 acres of such a land was given away for a burial place and two acres were given to a villager whose ancestors were said to be in possession of the place for quite a while.

How is it that the missionaries grew to an extent of gobbling the gomaala land? Nobody knows! Few opine that the missionary activities could have started only some five years ago. At the foot hill also exists a Hanuman temple and Hindus perform puja activities in the temple. The Poornima (new moon day) of every month attracts lot of hindus at the temples where Bhajans are recited. There was a time when villagers were visiting the peak as a small recreation spot.

But since the missionaries have stepped in with the grand intention of converting poor, wooing them with gifts, money, food is on the high in this village, others have not been visiting the hillock. Missionaries do conduct regular programs and invite the converted brethren to the peak to give away some gifts and lure them to keep them under the community control.

Watch the video of Pradeep narrating the story in Kannada. 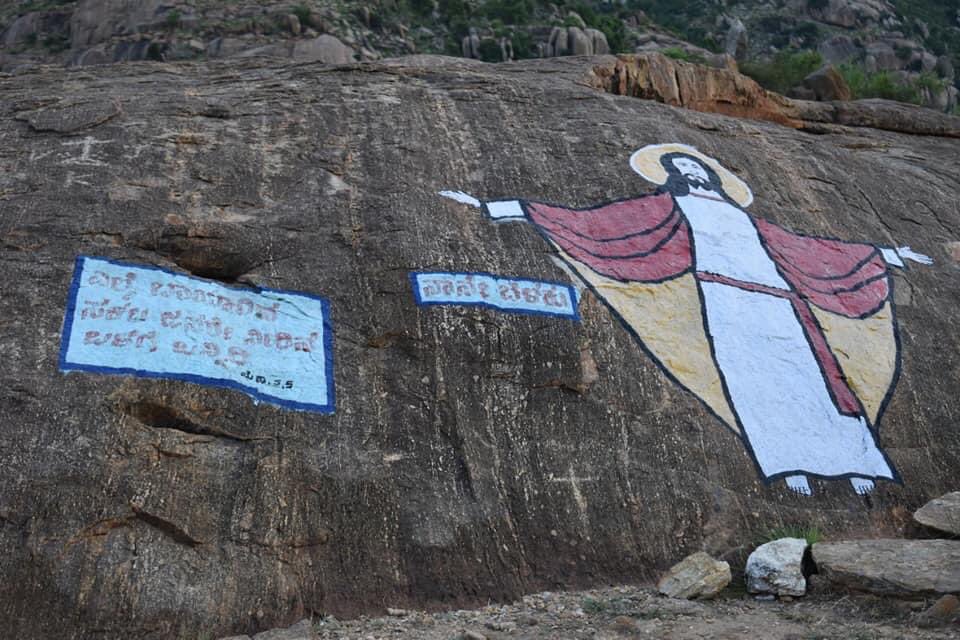