23 Sept 2018, Bengaluru: ‘Just like we have ignored true history in our country, we also have ignored true heroes of the nation’ said Sri Prakash Belavadi, theatre and film personality addressing the program organized to commemorate the centenary of the victory of Haifa war at Mythic society, Bengaluru today.

Wherever the British have ruled, the native population and culture have been destroyed and wiped out by their invasive mindset he added. With no money, courage and supportingly terrified by Ottomon Turks’ might, the victory of Haifa war to the British was impossible without the valour and sacrifice of Jodhpur, Mysuru, Hyderabad regiments who fought fiercely he added. The opposition who had mounted machine guns and artillery could not win the war against the troops who had lances and swords as their weapons on horsebacks. Yet the soldiers could capture 1350 prisoners of war losing lives of few people he said in his address.

Sri Prakash Belavadi grieved how the history books of our country have forgotten such heroes comfortably and rejoiced the likes of Robert Clive who won wars by deceit. He also urged that the history books have to be rewritten to display the greatness of Bharat and teach the students to imbue patriotism and eradicate the feel in the people that such heroes of wars were not mere mercenaries.

BSF Retd Major Muthukumar said the Babylonians, Greeks, Romans have come and gone but Jews though being persecuted have remained immortal showing no signs of degrade by external forces.

Social injustice of Inquisition, barbarism of the Nazis have killed jews. They were branded as murderers, traitors but Jews have always lived for development said Retd Major Muthukumar in his talk. Explaining the hardships of transporting horses, soldiers he said there were situations of horses dying mid way to Israel and Dalpat Shekhawat was undeterred and he said and believed it was an honour to fight the war and would fight and sacrifice his life but not retreat from it.

Delivering the vote of thanks senior journalist and columnist Du Gu Laxman spoke about how the British saw hope with Mysuru and Jodhpur regiments winning the war deploying them in war and offered the Nizam of Hyderabad regiment to take care of the prisoners of war.

The event started with an invocation by Sri Rajendra Prasad who sung the Mysuru kingdom anthem ‘Kaayo Sri Gauri’ and President of the Manthana forum Sri Giridhar Upadhyaya welcomed the guests. Sri Dinesh addressed and read out the message of the Bahai community.

Earlier to this talk, Sri Prakash Belavadi was at the Haifa war memorial in the city (J C Nagar) and paid his tributes by placing a wreath at the memorial.Family members of Deshraj Aras, Rajoji Rao Kesarkar, Venkatesh Rao Mane, GangajiRao Pawar, Mahadev Bhonsle and many others who fought the Haifa war were present on the occassion. Sri Pradeep Bharadwaj addressed the gathering. Senior RSS functionary Ka Sri Nagaraj was also present.

The soldiers from the Indian princely states of Mysore, Jodhpur and Hyderabad fought bravely and soldiers such as Anoop Singh, Aman Singh and Dalapat Singh Shekhawat, were exceptional in their battle tactics, fighting against all odds showcased their bravery in the battle of Haifa. As a result of this war, the relationship between India and Israel became so strong that the Israeli assistance in the Kargil War to help in the recent Kerala floods were described during the event. 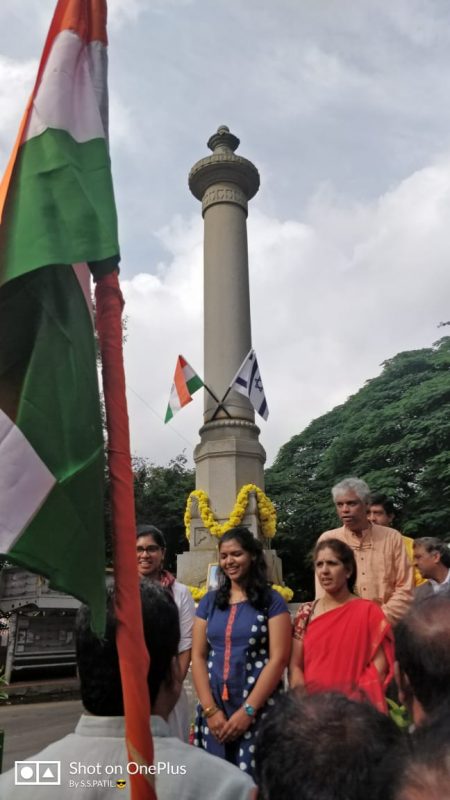 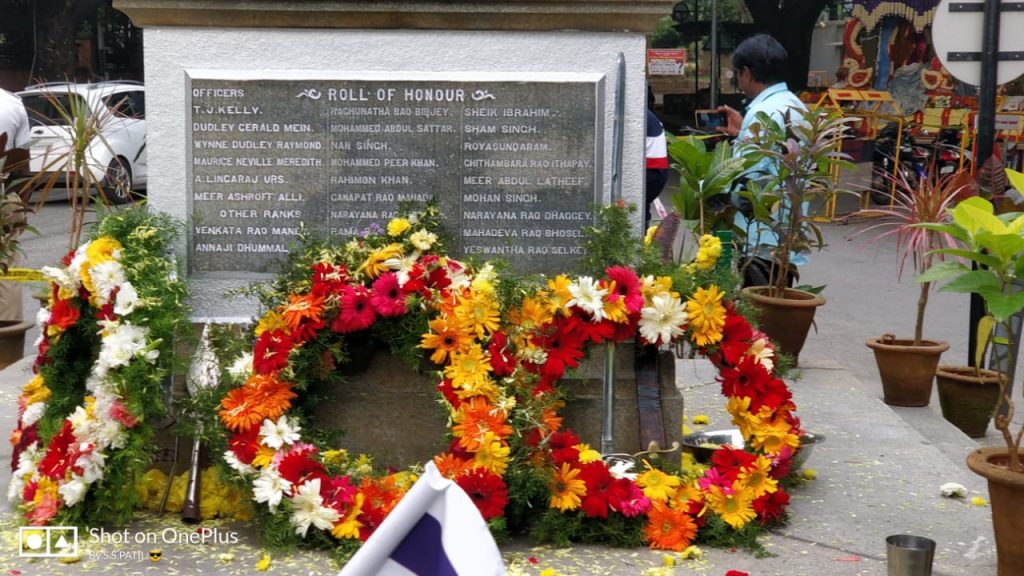