Sushma Swaraj is sworn is as the new Chief Minister for Delhi. 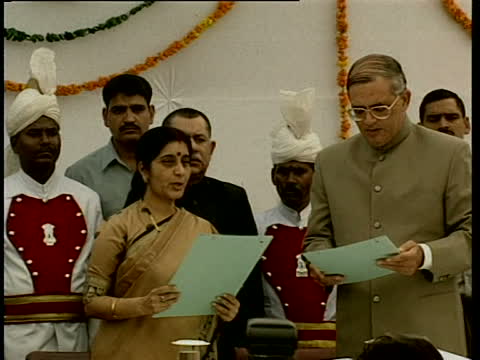 Sushma Swaraj was born on 14 February 1953 at Ambala Cantt, Haryana

Her parents hailed from Dharampura area of Lahore, Pakistan.

1973 : Started practice as an advocate in the Supreme Court of India.

1977 : Sworn in as a Cabinet Minister in the Janata Party Government (Younget

1998 : Got reelected from South Delhi constituency

1998 : Elected as the first woman Chief Minister of Delhi

2000 : Returned to Parliament in April as a Rajya Sabha member