The struggle for building a Ram Temple should be seen as a clash between civilizational values, Arun Anand wrote in South Asia Monitor

The construction of a “glorious” Ram Temple has begun in Ayodhya, a historical town in the state of Uttar Pradesh (UP) in India. For the Bharatiya Janata Party (BJP), the ruling party at the centre and the state of UP as well as for Rashtriya Swayamsevak Sangh (RSS), whose swayamsevaks (volunteers) played a key role in the movement over the last 30 years, this is one of the most authentic manifestations of its much-vaunted ‘cultural nationalism’.

The struggle for construction of the Ram Temple lasted for 492 years. It began after the demolition of Ram Temple in Ayodhya by Mughal emperor Babur’s forces. For the RSS and the BJP, Babur was an invader. He represented a set of cultural values that didn’t believe in co-existence whereas Lord Rama represents cultural values that believe in ‘Vasudheiv Kutumbakam (the whole world is one family).

The struggle for building a Ram Temple should be seen as a clash between civilizational values – Babur and the mosque-like structure he constructed by destroying the Ram Temple represented the ‘intolerance’ that isn’t the hallmark of Bharatiya (Indian) society.

Babri Masjid was representative of a larger design whose manifestation began in A.D. 712 when Islamic invaders started attacking India. Every attack was followed by the demolition of temples and the construction of mosques and madrassas.

Mohammad Bin Qasim invaded Sindh (in then undivided India but now part of Pakistan) in A.D. 712 after defeating King Dahir of Sindh. He demolished various Hindu institutions and converted a large number of Hindus forcefully into Islam.

In A.D. 1000, Mahmud Ghazni attacked Bharat and defeated Raja Jaipal. In A.D. 1008, he won Kangra (currently in Himachal Pradesh) and in A.D.1011 he won Thaneshwar where he demolished a number of Hindu temples, including the Chakraswami temple. In A.D. 1025, he demolished the Somnath temple (in Gujarat) and broke the main idol into several pieces.

Noted historian Sita Ram Goel has listed in detail the destruction of Hindu temples in his pioneering work “Hindu Temples: What Happened To Them (Vols. I and II).”

Summing up the macabre destruction, Goel says: “The temples were attacked ‘all along the way’ as the armies of Islam advanced; they were robbed of their scriptural wealth, pulled down, laid waste, burnt with naptha, trodden under horse’s hoofs and destroyed from their very foundations till not a trace of them remained. Mahmud of Ghazni robbed and burnt down 1,000 temples at Mathura and 10,000 temples in and around Kannauj. One of his successors, Ibrahim, demolished 1,000 temples each in Ganga-Yamuna doab and Malwa. Muhammad Gori destroyed another 1,000 at Varanasi. Qutubud’din Aibak employed elephants for pulling down 1,000 temples in Delhi. Ali Adil Shah of Bijapur destroyed 200 to 300 temples in Karnataka. A Sufi, Qayim Shah, destroyed 12 temples at Tiruchirapalli.

Such exact or approximate counts, however, are available only in a few cases. Most of the time we are informed that “many strong temples which would have remained unshaken even by the trumpets blown on the day of judgement, were leveled to the ground when swept by Islam.”

The above details have been made available by the Muslim historians themselves. Goel pointed out in his seminal work (pp. 246). 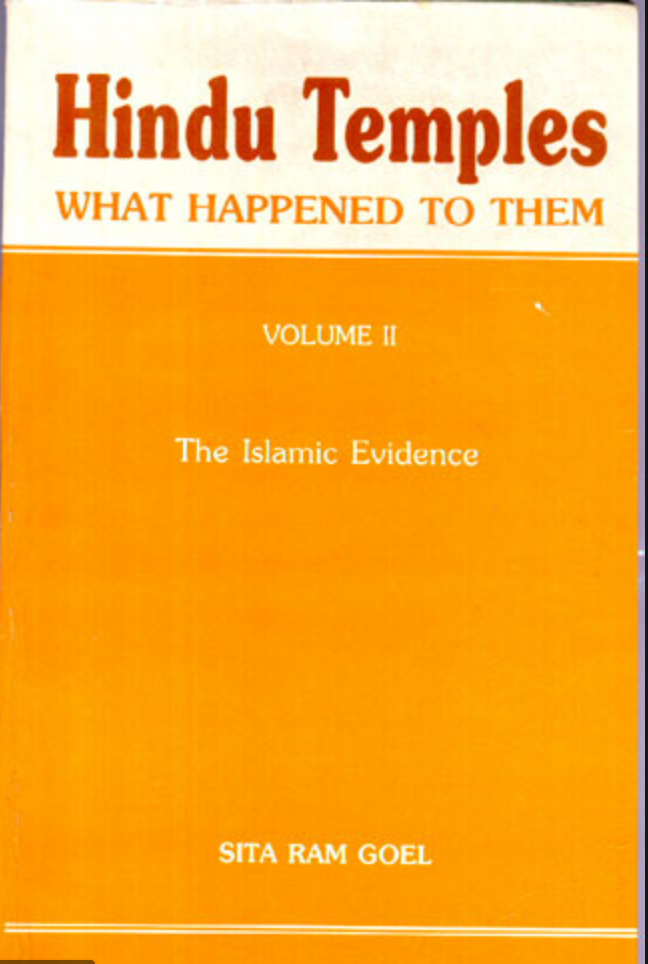 For Amir Khusro it was an occasion to show the power of his poetic imagination. When Jalaluddin Khilji wrought havoc, he wrote, “A cry rose from the temples as if a second Mahmud had taken birth.” The temples in the environs of Delhi were ‘bent in prayers’ and ‘made to do prostration,’ by Alauddin Khilji. When the temple of Somnath was destroyed and its debris was thrown into the sea towards the west, the poet rose to his full height. “So the temple of Somnath,” he wrote, “was made to bow towards the holy Mecca, and the temple lowered its head and jumped into the sea, so you may say that the building first said its prayers and then had a bath.”

Many historians including the Muslims have similarly captured the demolition of the Rama temple in Ayodhya in A.D. 1528 by Babur. It was done not merely to build a mosque there but to send a message across that this was the victory of the ‘intolerant’ ones over the ‘tolerant’ ones. It was the victory of fundamentalist streaks of Islam over the set of values represented by Hindu society. That is why the reconstruction of Ram Temple was considered to be more than a religious affair by those who were steering this movement since 1983.

They were clear about this right from the beginning that the Ram Temple at Ayodhya is necessary to re-establish the set of traditional Hindu values represented by tolerance and co-existence. That was made Bharat the spiritual guru of the world in the past and that is what would help Bharat to show the way to the world. 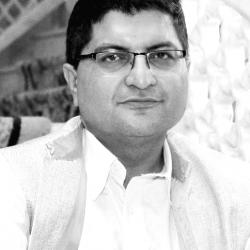