In Mysuru, 11 Manipur based immigrants (2 women workers) were supposed to go back on
the day lockdown was announced. They were locked on road without any clue where to go.
The police were also apprehensive of them. To top it all, they had face racial abuses (as they
looked like Chinese). They have now been given shelter in VHP Mysuru office. Their grocery,
stay is taken care of. The karyakartas have arranged cooking gas to them so that they are able
to cook their own meal. 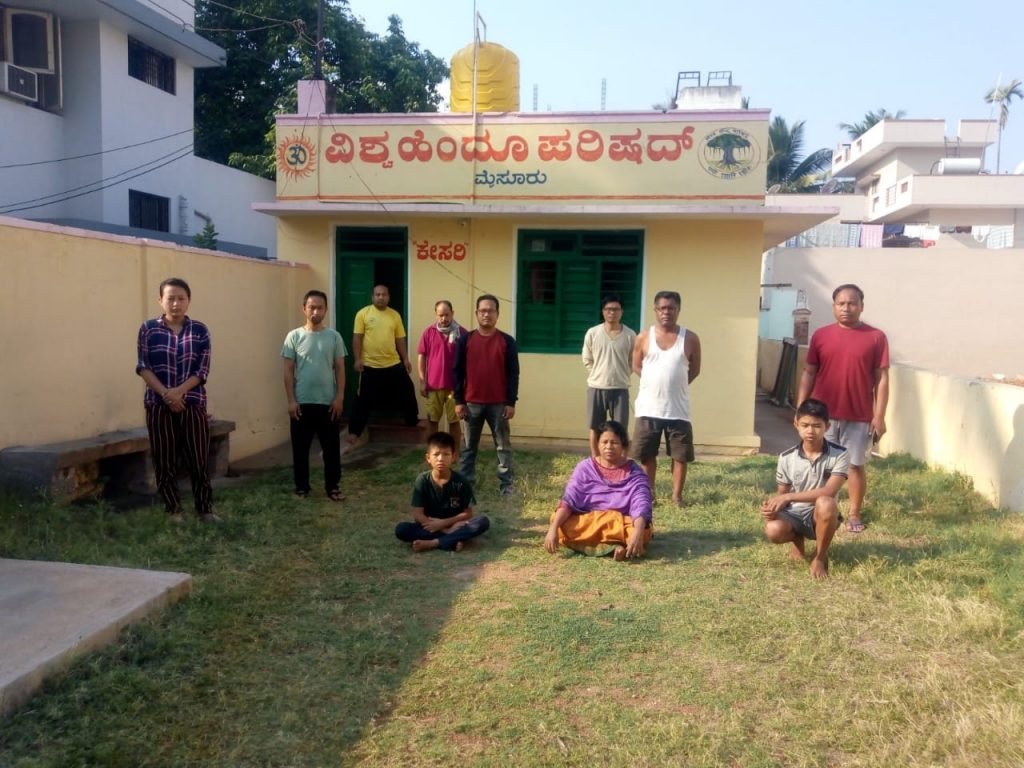 It was brought to notice that our brothers and sisters from Arunachal Pradesh were stuck with no ration supplies. RSS jumped into action, essential supplies were provided and also a message was sent out asking then not to panic as they were away from home during COVID19 crisis. Taking note of the action from RSS, CM of Arunachal Pradesh Shri. Prema Khandu thanked Govt. Of Karnataka and RSS.

At Koramangala, Bengaluru grocery kits were distributed to Brethren from North East.

For a Twitter request from Nagaland, RSS Swayamsevaks immediately reached, met the students in their hostel at Bengaluru. They are all happy for RSS Seva Works.