Mandya, a hotspot whenever there is a fight between Karnataka and Tamil Nadu over sharing of River Cauvery water. In lockdown, humanity comes to the rescue of Tamilians by way of RSS Swayamsevakas who are providing them with work and food, at this distress moment of lockdown in the same district of Mandya. 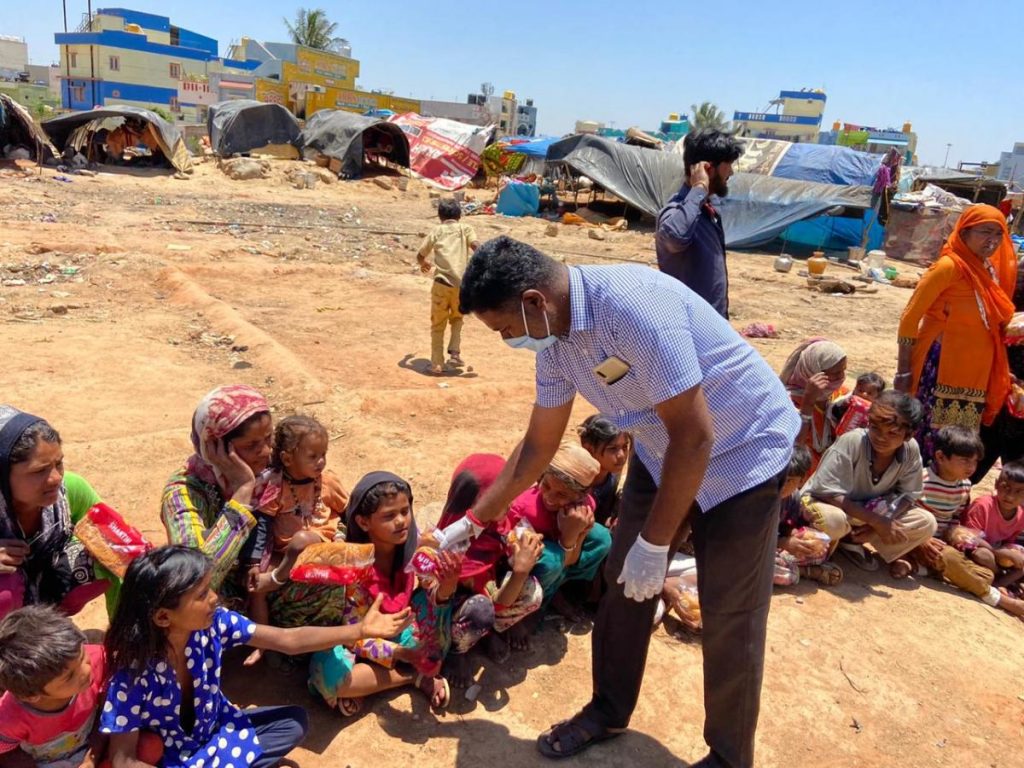 Lockdown was announced when Tamil workers with their families from Dharmavaram reached Maddur in Mandya District. A helpless worker pleading for food and shelter in a WhatsApp video became viral. On learning from an RSS Swayamsevak, a team of fellow mates from Mandya have rescued the workers and they are being housed in Mikkare village of Malavalli Taluk.

RSS brethren have provided us food and shelter, as our conscious is not permitting us to stay idle, we have asked them to provide us with an opportunity to work in sugarcane fields, with pride we are happy to say only after toiling in field we eat not otherwise.

“Humanity takes over the dispute of Water and Language at this juncture. Mandya’s Swayamsevakas and farmers have displayed this gesture, at the same time workers have pride in taking food only after toiling in filed“ says Pradeep Mysuru, State Prachar Pramukh of RSS to ‘Prajavani’ a Kannada daily.

Through its Swayam Sevaks, the RSS is serving the Sexual minorities in this testing time of Corona pandemic.

“Doctors usually don’t treat the Sexual minorities in day because other patients don’t venture if they see sexual minorities in clinics in day, for this reason doctors suggest them to visit at night. Now, with the onset of Corona being a Pandemic in nature they are barred from entering the clinics, RSS has ensured they get food and medicines. They are helped financially as well” said Pradeep Mysuru.

RSS has gone one step ahead in distributing tender coconut to the needy especially, Pregnant women who are in hospitals, patients and to Police personnel in Mandya, Mysuru and Dakshina Kannada Districts.

Muslims and Christians with RSS

“Caste, creed and religion takes back seat in this testing time, RSS has never vouched for the division of people based on above lines neither now or in past. RSS has worked beyond the boundaries of religion always. Many times, likeminded people be it Muslims, Christians or anyone who have the intention to serve the needy but don’t know how to.  They have approached and joined hands now with RSS to serve in unity” said Pradeep Mysuru.

(Guru PS, in Kannada for Prajavani and Suresh Balachandra to English) 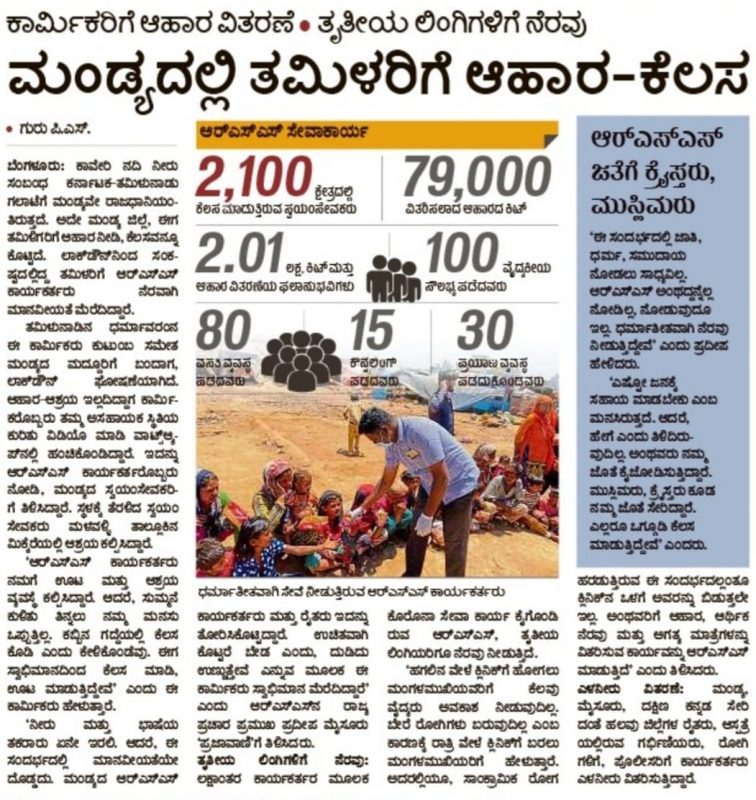 Hakki-Pikki Jan Jati are spread over several parts in the state and are today working as casual labors. There were several of the tribe in Mandya too. They live in temporary shelters and live a nomadic life. They have been without work and earnings since the lockdown was announced. None from the district administration had approached them and they were concerned about surviving the lockdown as they would not be able to relocate during lockdown.

The local RSS Bhag Karyakartas located the place where the Hakki-Pikki people were staying and provisioned food, essential items and rations to last for several days. The team led by Umesh Kumar, Mandya Jilla Pracharak ensured that the members concerns are addressed and all items were distributed among the families living here.

The members of the Hakki-Pikki Jan Jati have thanked the RSS for the timely help and say that they can live peacefully for many days.

The work of RSS Swayamsevaks has been well appreciated by people of Mandya including the district authorities. The district authorities have been informed of such similar needs and vulnerable population which needs help to which the authorities have responded positively. RSS Swayamsevaks are also engaged in distributing food and coconut water to pregnant women, patients, farmers who are in government hospitals and police who are patrolling in Mandya and other districts in Karnataka. 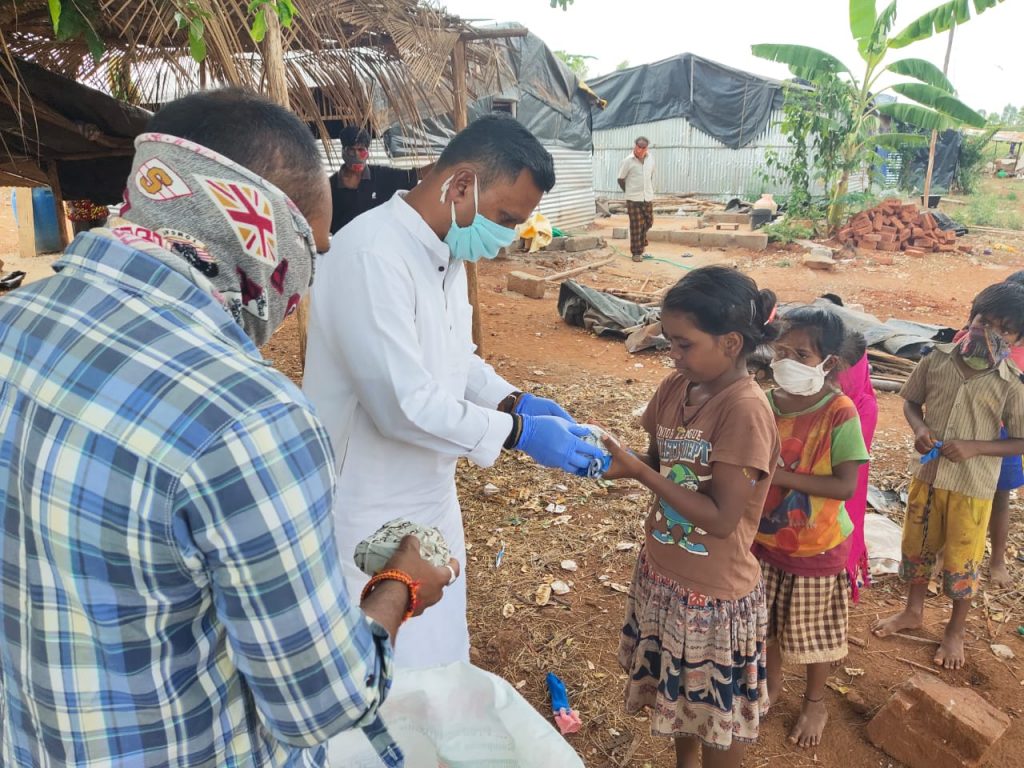 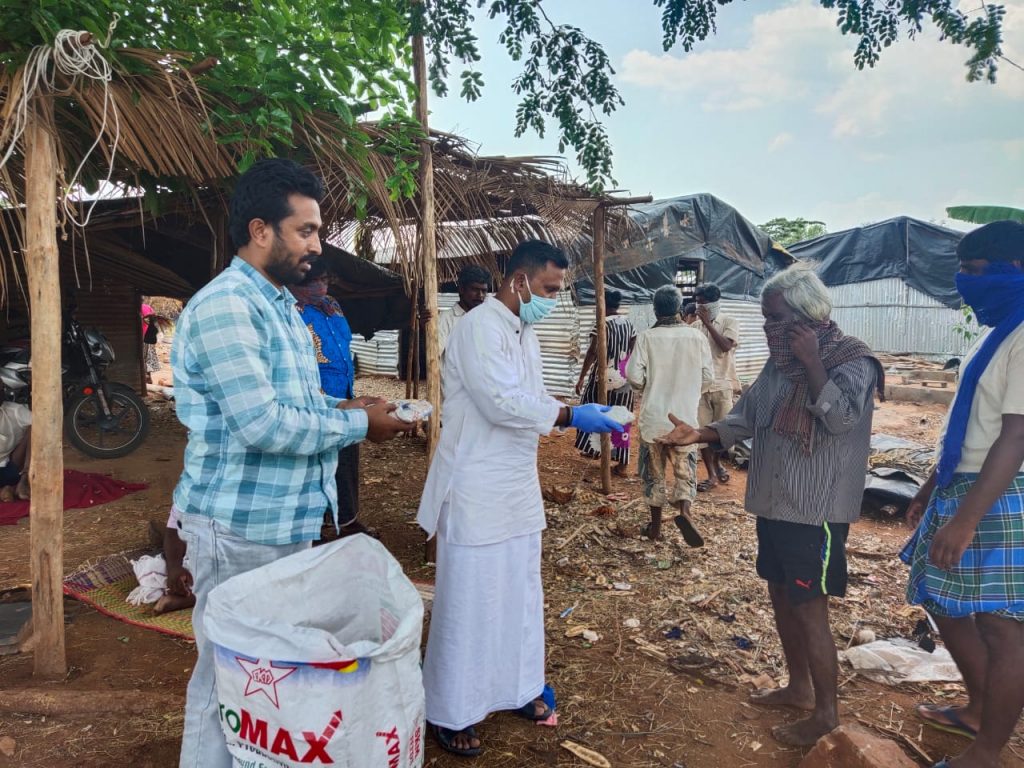 Braving the odds and offering gratitude to municipality servants