Sri Shantaram Siddi, a social activist, an eloquent speaker, an environmentalist has been nominated to the Karnataka Legislative Council. He is the first from the Siddi community, one of the most backward tribes of the state to be attaining to this new responsibility. 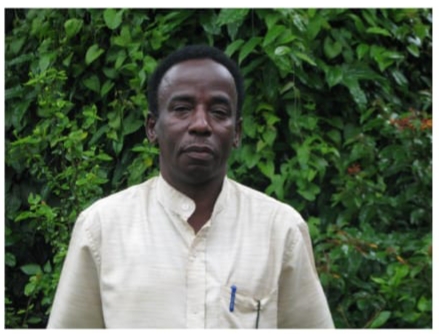 Sri Shantaram has done a remarkable work for the welfare of many vanavasi communities all over India.
Coming from a family with a poor economic and social background, pursuing education was not easy for Shantaram ji, but his determination and interest led him to become the first-ever graduate of the entire Siddi Community.

Although he had many job opportunities, Shantaram ji plunged into social service under the guidance of his mentor Sri Prakash Kamat.

Prakash ji once asked him “You may get a good job and comfortable life for yourself but what about the community of yours? The Siddis, don’t you want them to be in mainstream?” This motivated Shantaram ji to work for the welfare of tribal community.

Shantaram ji is associated with Vanvasi Kalyan Ashram since 1989, working for the welfare of Janjati (tribal) people. He has worked extensively for the upliftment of Siddis, Gaulis, Lambanis, and many other tribes. He actively participated in many environment-conservation movements like Appiko Movement, Bedti River Valley Conservation Movement, and Vraksha–Laksha Andolana.
Apart from that, Shantaram ji has also contributed to the research on the uses and applications of medicinal plants, under the guidance of Dr. Yellappa Reddi.

He was the member of Western Ghats Conservation Task Force, appointed by the Government of Karnataka. He was also a member of the Konkani Sahitya Academy. He joined Vanavasi Kalyanashram in 1989 as a Karyakarta, served as hostel warden and today he is the Secretary and Pranta Hitraksha Pramukh for the organisation.