There is a visible aversion towards government schools. We feel cozy with the benefits at private schools which provide multiple amenities including high class quality education, sports facilities, posh equipment and what not. The poverty stricken parents, uninformed parents or parents with no options whatsoever have been sending their children to Government run schools, while ones who are part of the elite society or even some who even manage to take loans push their children to private schools. The people have characterised the Government schools with poor education, collapsing walls, dilapidated condition and maintenance. Private schools are places expected to imbibe values, morals, education, sports and the like. It mostly seems like the outsourced module of the home to transform and enlighten children as best citizens for the future.

Here is a school run by the Government but it does not seem so on appearance. ‘This is a Temple of Knowledge, Pay obeisance while you enter’ reads the board at the Bheemana Bande Rural Government High School at Hiriyur Taluk, Chitradurga district of Karnataka which boasts a sprawling campus, greenery all around, gymnasium, brand new computers for students to study. The school was in dilapidated condition till last 10 years. 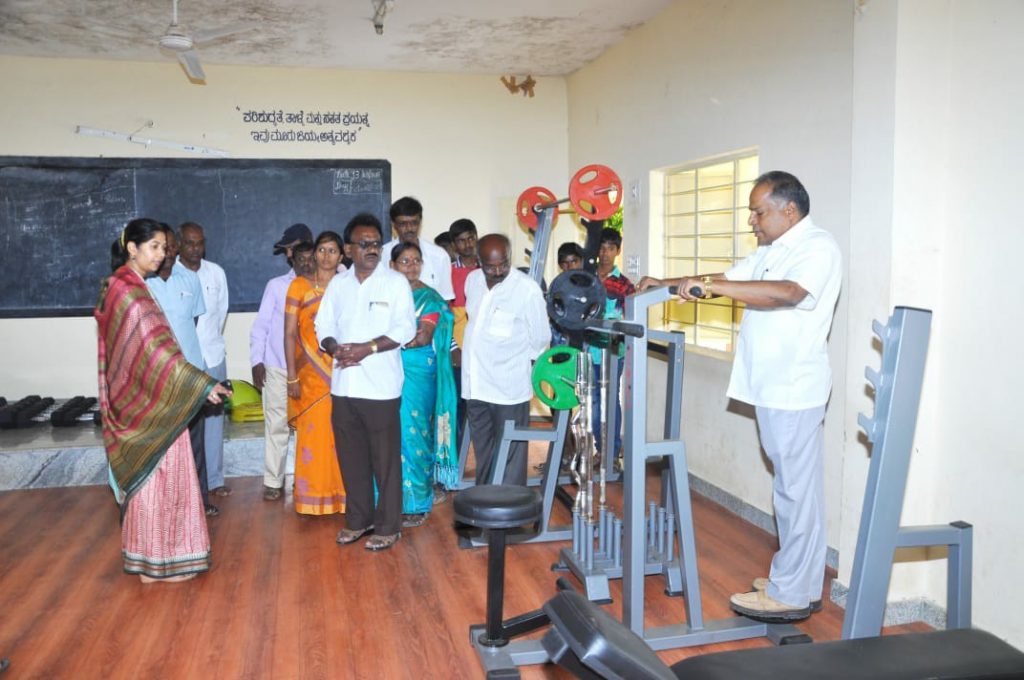 Na Thippeswamy Kshetriya Karyavah of RSS for the Dakshina Madhya Kshetra which comprises of states of Karnataka, Andhra and Telangana studied in this school few years back. After his schooling he moved to Bengaluru to pursue his education and also settled in the capital for living. He hails from the Hosa Yalanadu of Hiriyuru village. Keeping in mind the golden jubilee of the start of the school, Na Thippeswamy worked and collaborated with those who hailed from the village and had migrated to other places off late. He also brought to the fold the alumni of the school. Various needs of the school were met thereafter.

Na Thippeswamy says all round development of the school was the need of the hour. Library, educative infrastructure, sports amenities were to be improvised and the thought behind the development was ‘my village a holy place.’ Contributing back to the society, village we come from is the best form of paying back the debts we carry on our shoulders he strongly believes.

The school is seeing an increased number of students getting admitted year on year. There was an effort put in towards the reconstruction of 20 odd rooms. The gyms help in physical fitness and the computers and libraries help the intellectual know how. The records say number of students has also increased these years.

Guruswamy a senior teacher of the school spoke about the school lacking the basic infrastructure some time back now boasts granite flooring, electricity to all rooms and fans equipped to each room and RO water for consumption.  Tribes of the like Na Thippeswamy should increase so that the schools in the villages develop At par with their private school counterparts of the city. resulting in improved education of the students. 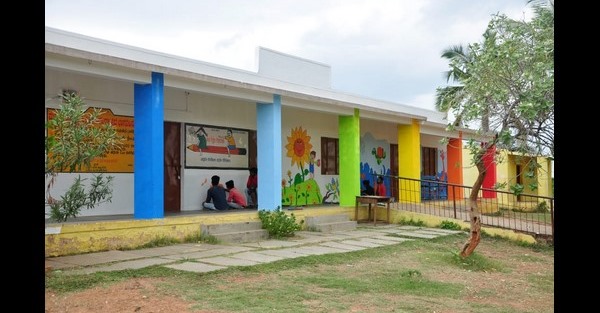 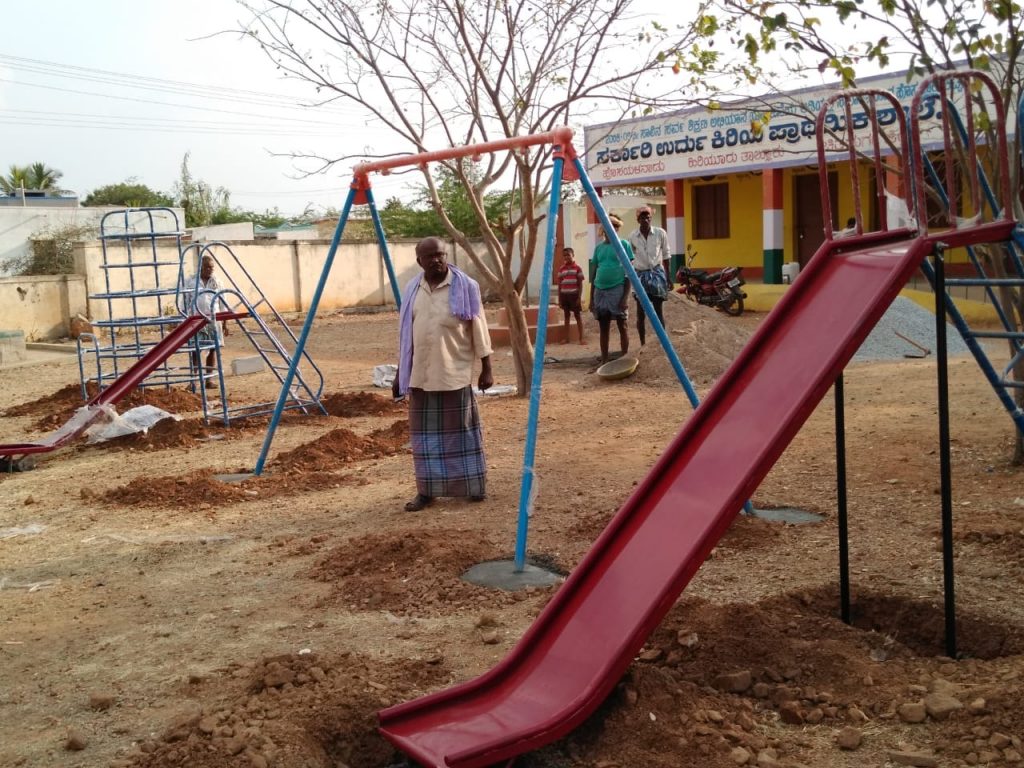