(The author works as a sub-editor with Sanskrit and Lexicography department, Deccan College, Pune. She has been nominated to Pt. Kavishwarshastri Chair of the College. She is also a visiting faculty to the American Institute of Indian Studies, Pune)

Vyāsa – traditionally believed to be author of the text called Mahābhārata – which encompasses almost every fundamental social and ethical issue in the world. He was son of sage Parāśara and fisherwoman Satyavatī. It is said that he is born on a black island (kṛṣṇa dvīpa), therefore he is named as Kṛṣṇa Dvaipāyana and his text is named as Kārṣṇa Veda. It is also believed that he is the editor of four Vedas and eighteen Purāṇas. The historical accounts available for this figure are very rare but his text mirrors his personality and philosophical thought. He is identified as a proponent of dharma and a seer of social reforms. 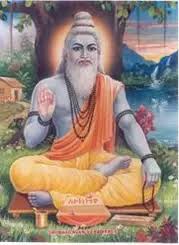 According to a narrative in the Ādiparvan of the Mahābhārata, once the divine seers foregathered, and on the one scale they hung four Vedas in the balance and on the other scale the Bhārata and it is said that Bhārata excelled the Vedas in the meaning and weight and so it is called as the “Mahābhārata”. This story not only mentions the etymology of the name of this text but implies “unique” nature of this text. Vyāsa’s text excels the Vedas for several reasons. One of them is Vyāsa envisioned a society which at several instances crosses the boundaries of the caste (jāti) and class (varṇa).  “To use the term caste for Varṇa is not strictly accurate, for each varṇa is further divided into similar groups, jātis whose rules of membership more closely match with the western definition of caste. However, in common usage, caste is used interchangeably for both varṇa and jāti.”

Vyāsa creates a plethora of characters belonged to societies and communities which are usually addressed with terms like “marginal” on the social hierarchy. This understanding or rather misunderstanding originates from the so called concept of main stream of the society and dominance of upper caste (mostly Brāhmins and Kṣatriyas in this case). The word marginal basically produces negative connotation and use of it is ultimately subject to much discussed phenomenon of othering. This implies that these societies do not conform to the laws and code of conducts of the main stream and so these are uncivilised or unimportant. This is the point of departure for Vyāsa’s Mahābhārata. Instead of sticking to dogmatic code of conduct the texts posits several inquiries in government of the society and Dharma. Dharma – as defined by P. V. Kane “A mode of life or code of conduct, which regulated man’s work as a member of society and an individual” is a real protagonist of this discourse. Dharma is also understood as “law of karma”.

The plethora of characters includes divine and celestial beings like gods, demigods, yakṣas, commoners like cowherds, farmers, fisher-folk, charioteers, potters, hunters and other tribes like Nāgas, Kirātas, Niṣadhas and Rākṣasas. All the main characters are put in the crucible of some sort of social conflict, where they had to choose one of the several paths. Vyāsa himself is born of a fisherwoman named Satyavatī who is intelligent and diplomatic. She is a daughter of king Uparicara and brought up by the king of fisherman community. Her ambition led to consequences that several Kuru generations had to bear. When she marries Śantanu – the king of the Kuru dynasty, she puts a condition that only her sons will become descendants of the dynasty. When it comes she protects the dynasty by obtaining heir to the dynasty through her son Vyāsa. In the same story Vidura is born of a slave girl and who is the most intelligent person in the royal court of Kurus.

The deity of balance of universe and preacher of philosophical thought in the Bhagavdgītā is brought up in the community of cowherds. He happily identifies himself as a cowherd. He is honoured with first worship (agrapūjā) in Yudhiṣṭhira’s Rājasūya by dishonouring Śiśupāla who is a kṣatriya king. In another narrative the deity of deluge Śiva appears in the form of Kirāta to examine the great archer Arjuna and when he is propitiated with Arjuna’s proficiency he offers him pāśupatāstra. In the narrative of Vanaparvan a hunter admonishes importance of nonviolence to an erudite learned Brahmin who is very short tempered.

He proposes major principles of dharma. Nonviolence, truth, ultimate wellbeing of all the beings are the principles proposed by him. According to him nonviolence is ultimate principle of dharma.

Mahābhārata organizes its narrative materials along three semantic frames – Pravṛtti, Nivṛtti and Bhakti. Being a text of pravṛtti Mahābhārata teaches values of householder and society and gives emphasis on Karma. It looks into the jātidharma as a yugadharma and on broader spectrum a division of work and Karmayoga assigned to each individual for the wellbeing the society. Although it is believed that birth and lineage offers identity to a person, Mahābhārata is a text which constantly questions this hypothesis. For Mahābhārata karma defines the identity of a person and yoga is defined as “karmasu kauśalam” i.e. proficiency in one’s karma (action). Bhakti is a devotional form of social harmony in which the boundaries of caste are vanished. Concept of bhakti originates in the Mahābhārata and continues to Harivaṃśa Purāṇa. This is a scripture of bhakti and origin of today’s Vārakarī sampradāya. It is called an appendix of the Mahābhārata which forms its basis on Social harmony (sāmājika samarasatā, social homogeneity). This is a major paradigm shift which implies beginning of new era. The society portrayed in the text is on a transitional phase where, one eon is moving towards end and another eon will begin. Therefore these narratives give positive insight in which social hierarchy is transformed to social harmony or social homogeneity.

VSK, Karnataka congratulates the scientists and the brains behind #MissionShakti