9 May 2019, Bengaluru: Today as per Hindu calendar is Vishaka Masa Krishna Paksha Dwiteeya. The day is remembered as Maharshi Narad Jayanti. It is observed as a Patrakar Divas for Maharshi Narada is considered as the Pioneer journalist who traversed freely among the three lokas and treaded Dharma, Bhakti in his communication and remained unbiased at all times. Vishwa Samvada Kendra, (VSK) Karnataka wishes everyone on the occasion of Narada Jayanti today. 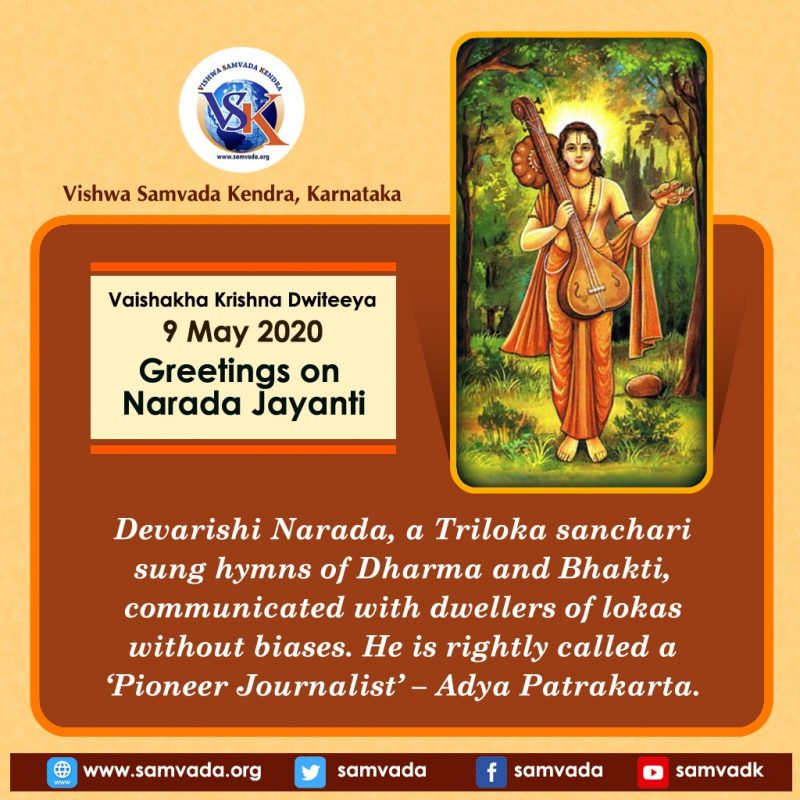 Maharshi Narada is an ideal for all media professionals who are striving to practice good journalism and preserve high journalistic standards of yesteryears in India. Today is the day of the ‘pioneer journalist’ to be remembered and followed.

In today’s world, mass media plays an important role in shaping up the public opinion and is considered as the fourth pillar of Democracy. With the advent of electronic and social media, newer opportunities along with additional challenges, have been opened for the media professionals.  There is a need to reiterate and preserve best practices in journalism. 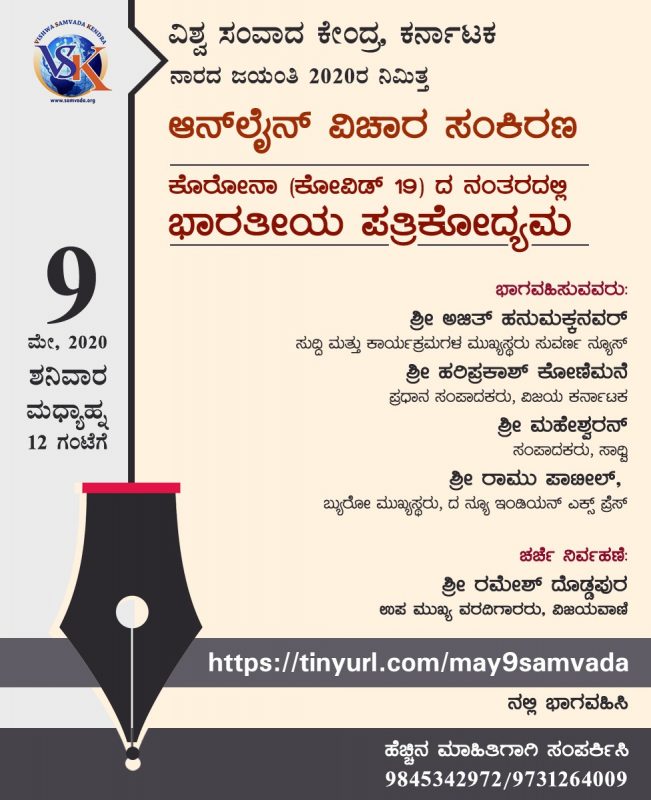 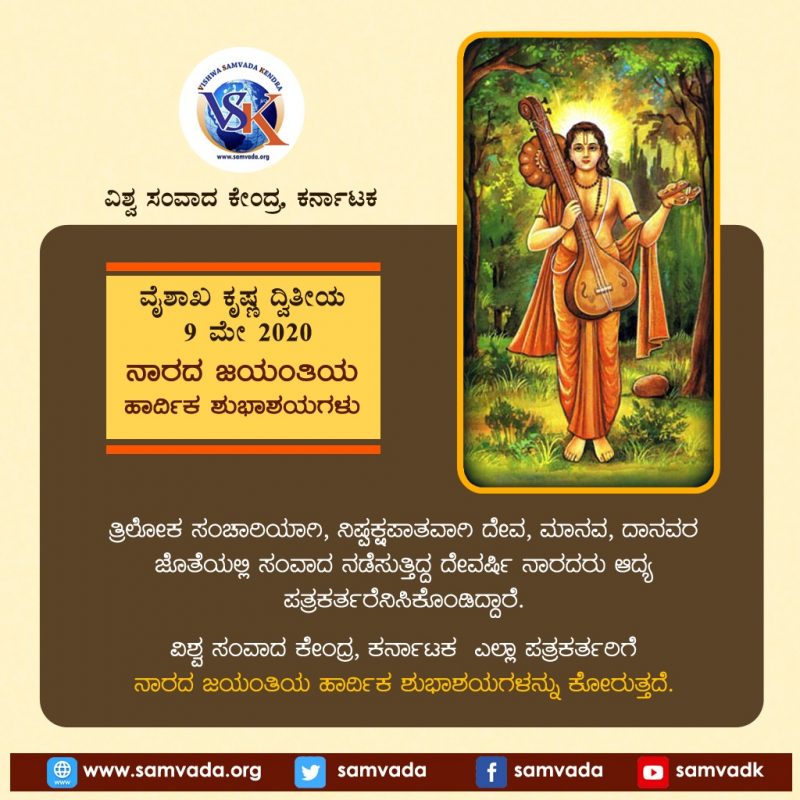 Who was Narada Muni?
Dev Rishi Narad or Narad Muni is the son of Brahma and a devotee of Lord Vishnu. He is one who knows news around the universe. Rather, he is believed to be the first journalist on earth. Never being malicious or vengeful he had no vested interest in his words. Narad is a truly global character who never required any passport to straddle Trilok. He was an institution in itself – a man of such diverse communication aptitude was not an ordinary sage, but a fierce intellectual with encyclopedic knowledge. It is mentioned that Narad knew all the 64 Vidyas. Narad is considered as one of the 12 chiranjivis.
‘Chiranjivi’ means one who lives forever. He is also regarded as the ‘mind’ of God – one who always knows God’s wishes. The Bhakti Sutras of Narad is one of the wonderful books on devotion and has no parallel. These texts outlive the philosophy and the classical authority of the concept of Bhakti. The ancient form of Sutra literature in Sanskrit is often very terse and its meaning is obscure and is liable to various interpretations. Fortunately, the Bhakti Sutras of Narad stand out their clarity, simplicity and internal coherence. The Narad Bhakti Sutra is a very ancient and authoritative scripture.
Narad Temple is dedicated to the divine sage. Located at Chigateri, 50 km away from Davanagere, and in Korva, which is 29 km north-east of Raichur in Karnataka. Korva is a beautiful island surrounded by the Krishna River. Korva is looked upon as a holy place and is popularly known as Naradgadde – one of the most scenic islands on the Krishna River.